trust me, I’m an objective engineer: uncovering the inherent bias in oil and gas forecasts 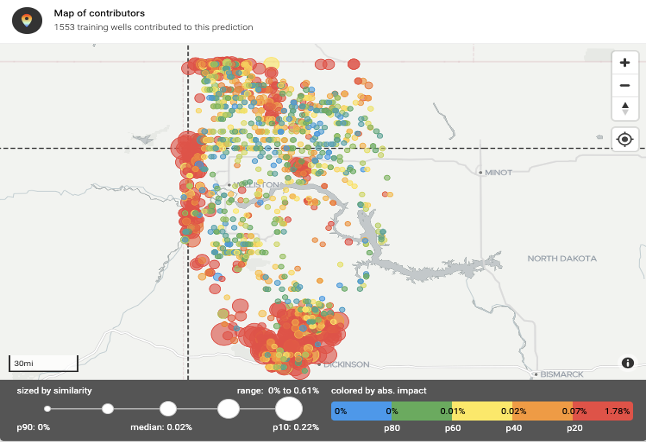 Capital allocation decisions made by Engineers that work at E&P companies are completely rational and unimpacted by their own experiences or personal exposure to the play. Oil well forecasting & completions design recommendations are objective, uncolored by cultural influence, and based on unbiased P50 estimates.

If this is your belief, and it must be a belief, please stop reading this post now.

Well forecasting volumes for a development asset that is competing for capital requires the balance of several cultural forces:

These cultural forces are instrumental in opening the door for bias into an evaluation.

Engineers are not just forecasting for the play they are working on, they are forecasting often for the team. The impact of the well production forecast is well known throughout the team.

The approach of using a single well result in an emerging play is a good example of how bias enters the equation when trying to demonstrate play potential:

This workflow is simplified.

However, it has led to some drastic overpredictions and overcapitalization of oil and gas plays. It is worth noting that a mistake on forecasted volumes is magnified on the NPV10, even with a constant price deck. As an example, if the drop-in volume is 20%, the reduction in NPV10 is likely 40% or more. The return on capital is severely diminished, and the play would likely no longer rank in the portfolio.

I contend that a poor decision evaluated in arrears was NOT a poor decision if it was made on the best available data and technique at the time. The issue in the workflow cited above is not that the engineer was unable to assess the primary production drivers, understand the correlation, and scale their oil well forecasting conclusions appropriately.  The issue is the inability to account for risk in assumptions layered into the development plan. Another issue is to simply not assign a risk at all. The engineer likely accounted for a reasonable upside but may have underweighted or not recognized the downside.

Failure to assess or be transparent with the risks leads to an unrealistic best-case scenario being presented. This is commonly known as the Planning Fallacy. Furthermore, it is often rewarded, at least in the short term, in terms of career growth and opportunity. There is every incentive for the engineer to insert bias into the decision-making process

Assessing development wells that may be stand-alone and possibly under-stimulated, and then scaling them to pad developments is not bad practice in principle. However, analysis of very limited data can lead to a planning fallacy, in the following ways:

You can see that a machine learning model driven by basin wide well data can pull signals from well performance all over the basin. For a single well, the model found signal from 1,553 analog wells from around the basin based on feature similarity. A “normal” process of selecting analogs is a hand coded, manual process. It typically involves eyeballing different variables to determine similarity.

This process is inefficient and riddled with biases

Biases are a key driver of unreliable oilfield forecasts. Large scale datasets, compute power, and algorithms can do a much more thorough job spelunking through all the data to select analog wells and weight their similarity when making a prediction. With the right front-end oil and gas forecasting software tools, the analog selection process can be completely transparent.

Without these types of tools and evaluation, you have all the right ingredients for a poor plan. Therein lies the issue. The capability or will to assess the impact (positive and negative) of all variables and associated risk that leads to a plan diverging from reality.

Does the industry use the right tools to do a proper multivariate evaluation? Reservoir Engineers (like myself) are only human. We are good at finding strong signals in the oil well data that have a strong impact on performance. We are relatively poor at parsing out multiple oil well production drivers when the impact of each might be marginal.

Assessing large volumes of variable data and maintaining a consistent assessment of positive and negative impact is physically impossible for any reservoir engineer to do systematically using the standard tools such as Spotfire or Excel, especially within tight deadlines. When coupled with the aforementioned cultural pressures, I would submit it is impossible to do without bias.

The variables that drive performance can change over time. The interaction between variables and the significance can change as well.  Oil & gas forecast data needs to be looked at objectively considering all relationships and dimensions on various production streams (gas, oil, water). It is a tall order to parse these relationships and relate them to capital decisions.

On the other hand, the entrance of algorithms and mass compute power into engineering workflows allows for greatly improved systematic and accurate identification of positive and negative well production drivers. They are equally good at assessing the modest or large impact, whether it be positive or negative.

The chart above shows a useful output of machine learning driven models called Shapley Values. Shapley values are based on cooperative game theory. They are data outputs of a model built on top of a predictive regression model and are designed to show how the underlying regression model thinks about variable significance.  Shapley values express as a # of bbls or mcf up or down from the model dataset average.

In the case of the chart above, we are looking at #bbls of impact that each feature had on cumulative predicted oil production at two IP days – IP30, and IP720. Each feature drives the # of bbls of oil up or down. In this case, the features are categorized and color coded.

The green feature set represents various well spacing features, a dataset that was derived from the well location and directional survey data. What’s interesting here in particular is that this particular well had a positive influence at IP30 given its spacing features, but, by IP720, those same spacing features were strongly negative. Evaluating the changing influence of different variables over time is critical to avoiding over-engineering of wells.

In addition, models built using empirical methods can quantify their own confidence in their assessment based on any forecasted well. This confidence can be used as a proxy for risk.

Beyond culture forces and physical limitations, there is another factor that prevents engineers from being able to identify secondary or tertiary production drivers and the related impact. This is a psychological effect where we gravitate towards a single key driver and then are unable to see other variables that drive well production.

All levels of a Company are susceptible to this “one dimensional driver” psychological effect. I remember conversations with brilliant executives that were certain the issue with a particular well was one key factor. The root cause of this belief was often driven by a theory derived from an experience (bias). Perhaps the well was in the wrong landing zone, a child well, wrong sand size, wrong stage spacing, etc.

Blinded by the Plight

In one specific example I recall, executives we’re sure that the team had pumped the wrong surfactant when completing a particular well, thus driving its substandard performance. The belief was that fixing this one issue would have drastically improved performance beyond what is statistically likely based on data driven analysis. The major downside with this fixation on a single theory is the inability to identify other variables and impacts.

This blocks true learning. Princeton researcher Daniel Kahneman refers to this as “Theory Induced Blindness” – the premise that the  development of a single theory prevents us from seeking further depth in the analysis. I would add to that my own observation that most successful businessmen and women are entrepreneurs, and naturally optimistic. This leads to beliefs that wells can be ‘fixed’ by a single corrective measure.

Analyze the Shapley values to see the light

The good thing about Shapley is that it does take into account other things that influence well production, so the spacing, subsurface, stacking variables also influence the Shapley value for each dot you see above. In this way, engineers get true basin level insight into what is really driving production, relative to everything else that drives production, for each IP day, for each produced product, for each well. This dataset helps deconstruct well performance and is a useful tool for avoiding macro or micro level assumptions from harming economic results.

The ability to assess all variables and their true impact, without pre-existing theories or biases, is ideal. Unfortunately, humans (even brilliant humans) are unable to do this as objectively as algorithms.  Intuition, which represents a form of bias, can be a powerful tool for engineers to guide a modeling study for forecasting volumes. The key is understanding the variables that the operator has the most leverage over and incorporating empirical model findings with experience to drive value and impact.  aligned within the corporate strategy.

Does this mean that empirical models are solely relied upon?

Not at all. Geoscientists and engineers are more important and impactful in this process than the conventional processes.  All available data should be integrated and assessed into statistical model, not just the major and obvious ones (ie. tonnage).

With the broader availability of platforms like Novi that are tuned for the industry and incorporate the latest best practice statistical methods, teams can now objectively identify how impactful geologic variables are on various hydrocarbon streams – through time. Imagine being able to say definitively that curvature is a stronger production driver than proppant intensity at a 12-month cumulative? This is no longer a dream of Geophysicists. These are powerful insights that have only occurred recently through the study of variable importance driven by large data driven models and machine learning algorithms

As mentioned, intuition is key in this process, as no model can work blind. Have you heard this before or even said it yourself?  “The more I know, the more I realize I don’t know?” Common phrase. At the core is intuition. Intuition can be weak or strong. For strength it must be gained from multiple experiences and acquired skills through practice where feedback is given.  It’s not a matter of being right or wrong, but knowing how to identify impact, value, risk, and upside. Intuition is a guide, and its strength is from the individual identifying personal weaknesses in their own intuition (ie. “the more I don’t know”). The combination of strong intuition and modeling practices is truly a sum greater than the parts.

Garth Stotts is an oil & gas executive, and professional engineer, with more than 17 years' experience analyzing well performance and assessing development strategies and economics of unconventional plays over a multitude of basins. Presently, Garth is VP of Development and Reserves at Paramount Resources. Previously, he was Chief Reservoir Engineer at SM Energy, and a Senior Reservoir Engineer at EOG Resources.