Investing in Shale Oil and Gas Wells: Are you the House or the Player?

HomeArtificial Intelligence in Oil and GasInvesting in Shale Oil and Gas Wells: Are you the House or the Player? 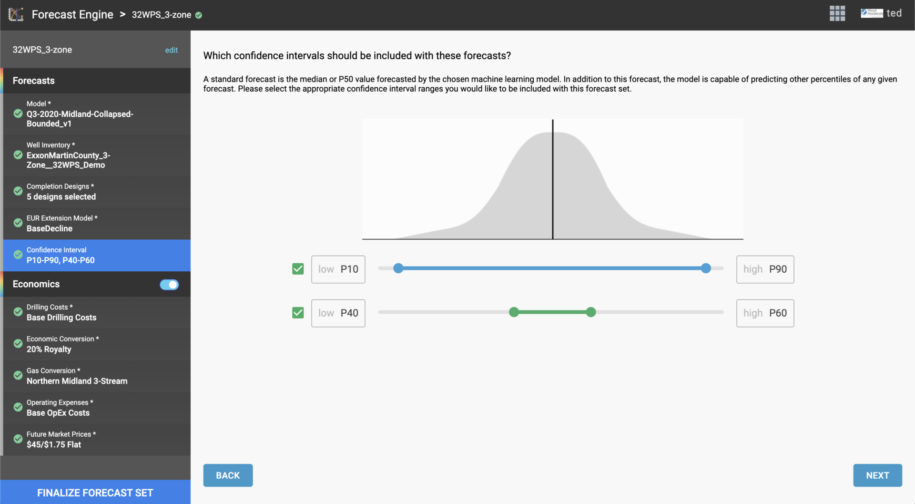 We want to invest in shale oil and gas wells that operate like a casino. Why? Casinos make lots of money based on a simple concept. Players under all possible outcomes vs the House are at a disadvantage. The probability that they will lose is always greater than the probability that they will win. Casino games and shale drilling investment opportunities are different in one key aspect. Unlike the casino Player, the Investor should have the probabilities in their favor. The Investor can become the House by repeatedly investing in cases with =>50% of success.

There is no legal way to change the probability of the outcome in the player’s favor and to increase the player’s probability of winning greater than 50% of the time. If there was, players would find it and they would exploit, and the casinos would go bankrupt.

The key is to understand and know the REAL probability of the opportunities, to understand the shale production inputs that you are in control of and to make decisions that enable you to win repeatedly.

What is probability for Shale Oil and Gas Wells?

If an investor wants to achieve a specific outcome, let’s assume 2x money invested, this outcome has an associated probability. Outcomes with low probability are unlikely to be achieved.

P50 is the median outcome. If done correctly, 50% of the time a result will exceed this prediction and 50% it will fall below. This is a true P50 for shale oil & gas wells.

You can never eliminate a poor, or conversely, an exceptional result from occurring and only achieve a specific outcome. Shale production results will always have some level of variance, however, the aggregate of repeated results, can achieve a P50.

The key is to understand the shale investment probability by incorporating as many meaningful variables into a prediction as possible, which may sound simple, but it is not straightforward.

How to become the House in shale drilling? Repeatability.

All investments have a range of outcomes that balance returns and risk. Like the casino, shale oil gain and losses swing widely over the short term. More reward comes with more risk. The market demonstrates this every day.

However, reaching investment goals is an understanding in whether the outcome (ie. the goal) has a probability >50% of occurring. In this case, the investment strategy, repeated consistently overtime, will deliver OVER its goal.  This makes the investor the HOUSE. The house has > 50% chance of winning (always).

The investor will reach and likely exceed their objective.  If the probability of the investment strategy is less than 50% the investor is the Player resulting in constant disappointment. They will always fall short of expectations over time.

E+Ps that exploit shale oil reservoirs have an advantage in that they drill multiples of wells in similar fashion. There is nothing simplistic about shale reservoirs, they are intensely complex. However, it’s the repeated nature of the investing via drilling that can normalize the long term results.

Extensive data is the advantage in Shale drilling

The extensive data (ie. volume of wells already drilled) is the advantage of shale oil drilling evaluation. Wells are essentially multiple data points that can assess inputs and the input’s impact on the outcome.

Its unique to unconventional shale oil and gas drilling to have thousands upon thousands of data points across all variables in a specific basin. The advent of data platforms, machine learning and advanced predictive models in combination with this immense data set from 10 plus years of repeated drilling has changed the paradigm for oil and gas evaluation and understanding.

NOTE: The sheer amount of data creates the potential for Simpson’s Paradox, lurking variables that may ‘flip’ the analyses. That makes it crucial to understand what data is missing and why it can’t be quantifiably incorporated.

The probability of the inputs Builds a Program’s Success

Success is achieving the projections set forth. Success is meeting the investment decision’s promised guidance & cashflow projections. In that regard, to become The House you need MORE than:

The past decade of shale oil drilling has taught one thing – the absence of geologic risk via large resource-in-place does nothing to create value. It’s a starting point, not an end, to reach investment goals. A great plan to high growth and FCF will be ready within a few years. However, the probability of reaching these planned goals was sometimes low due to lack of understanding.

One common oversight of Shale Oil & Gas investing is not understanding the probability of the plan fully. The well forecast may be a P50, but that does mean the CF projection of the plan is a P50, as the cashflow has many other inputs besides the well forecast.

In addition, the variance of the plan allows you to anticipate the range of outcomes for successive cycles. Understanding the highs and lows of an 80% confidence interval, (meaning the outcome has an 80% probability to be within the range), is very important. It allows the investor to understand if the lows are within means to absorb and sets realistic expectations over time.

The variance demonstrates the timeframe and the sample points (i.e. wells) required to achieve the median. This is an important key because it allows the E+P to understand the capital and time required for the entire program to obtain the expected results consistently. Of course, all of this, the range and the probability, is dependent on understanding the inputs.

Understanding the probability of the outcomes, is first addressed in understanding the variability of the inputs. In shale oil and gas investing, the major output is the cashflow projection of the well which is most important. The major inputs include the well forecast, price forecast, and the capital cost estimates. All these inputs will have a range.

Unfortunately, this understanding is more difficult than it sounds for E&P’s and drilling wells.

Take for example the Well Forecast, a key input in the projection of Cashflow. This input is actually an output. An output derived from many sub-inputs like rock quality, subsurface pressure, targeted drilling, and completion design.

Of course, analogs provide numerous data points to correlate these shale production drivers to a well forecast.  In addition,  many of these sub-inputs are also derived from other variables and could also be considered an output. As you work backwards from the Cashflow projection or even the Well Forecast, the number of variables expand exponentially.

Understanding the importance of each variable

Secondly, understanding the importance of each variable (ie. the impact on the forecast) must be done. Some variables have no impact, some are very impactful, and some are redundant. To add to the complexity, variable importance must be done not at a point in time (ie. 6 month on-production), but through time to assess the impact on near and long term well forecast, and the resulting cashflow.

Thirdly, Impact must be understood for all well streams (gas, oil, water). Shale production drivers will have a different impact on the various streams, and these need to be understood independently if the well forecast is to be accurately predicted.

As you can see this is no small task.

The complexity can be overwhelming, and often leads to shortcuts which take the form of unsubstantiated assumptions. The most common example is overlooking the applicability of an analog or set of analogs.

Humans are tuned to correlate a trend and to make a determination on what is primarily responsible. We naturally overweight what fits in with our heuristics and bias, for example, a common determination has been to link shale production with:

The commonality is the focus and overweighting of one variable to others in response to an output at one point in time, i.e. 6-month Cumulative Gas. The reality is far more complex, meaning the one variable may have a large impact, but it is not the only impact.

Theory-induced blindness aids shortcutting to the easy conclusion as well. The construction of an unreliable ‘P50’ forecast results from shortcutting while the real probability remains opaque with potentially devastating consequences. There are many motivations for a team or an engineer to present a shale gas forecast with inherent assumptions as a P50, which we explored in a previous article on Forecasting bias.

A forecast’s true P50 is pushed off as assumptions, bias, theories and other forces are worked in. This can happen across shale production forecasts such as cost estimates, shrink estimates, downtime estimates and price forecast as well.

The resultant cashflow presented with “certainty” may have a very low REAL probability of achieving its goals. In this case, the investor is now ‘blind’ and no longer knows the probability of the projection. In addition, they no longer know if they are The Player or The House.

Is it possible to be ‘The House’ While shale drilling?

Of course it is possible. Remember The House has a greater than 50% chance of winning. Ultimately, your plan, your shale oil well expectation, your cashflow estimate can have a FAR greater probability than 50%.

Your plan or well estimate could have a 90% probability, albeit likely lower return. Setting the objective and probability is up to you.

It is also up to the company to employ means to account for all data available to assess the probability of the well estimates. Moreover, utilizing the ever present and growing data storage and processing power available, we can now determine, with statistical confidence, the P50 (or any probability) of an estimate and variance (ex. P10/P90 Ratio).

Be the House in your shale oil investment

We have the tools to determine the impact through time on all streams of every production driver independently and when done consistently, you will be The House which knows all behaviors of every game and every outcome. You will know the probability and the variance of your shale oil well forecast.

In conclusion, the merits of oil and gas data approaches vs physics-based approaches are not mutually exclusive, they can and must be used together. Shale production data models are blind to physics which can provide intuition and direction. Basically, the leverage and scalability of data models, including the utilization of all available data to calibrate outputs, is very powerful.

Together they are a sum greater than the parts and should be employed together highlighting the strengths of each technique. They are not adversaries, but rather allies in determining accurate projections.

Garth Stotts is an oil & gas executive, and professional engineer, with more than 17 years' experience analyzing well performance and assessing development strategies and economics of unconventional plays over a multitude of basins. Presently, Garth is VP of Development and Reserves at Paramount Resources. Previously, he was Chief Reservoir Engineer at SM Energy, and a Senior Reservoir Engineer at EOG Resources.